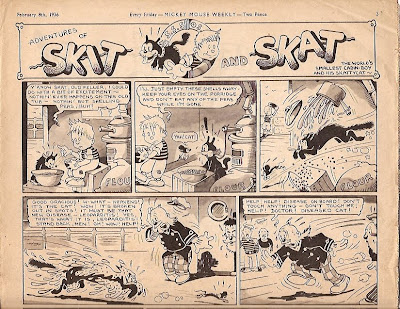 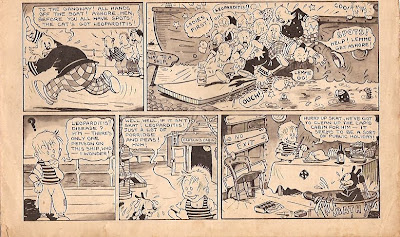 Above scan is of the debut of British comics artist Basil Reynolds' 'Adventures of Skit and Skat' in no. 1 (dated Feb 8th, 1936) of Britain's Mickey Mouse Weekly. Born in 1916, the talented Reynolds, who had already done strip work for several newspapers, was only 20 years of age when he was given the full 3rd page of MMW, the flagship British Disney publication with more than half a million circulation. In his memoirs (reprinted in http://www.mouseplanet.com/), Reynolds has noted that he was recruited into the staff of MMW at the magazine's founding with the endorsement of his draft of 'Skit and Skat' by British Disney artist Wilfred Haughton.
The mouse which appears in the second panel of this first installement is the prototype of Marmaduke who would soon make semi-regular appearances in 'Skit and Skat' and eventually have his own strip.
Below is the scan of the 'Skit and Skat' page from no. 2 of MMW: 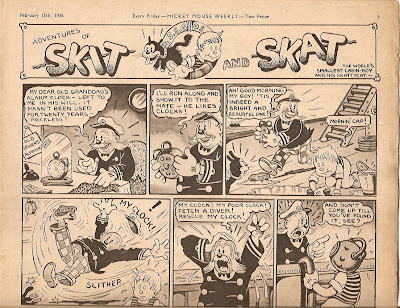 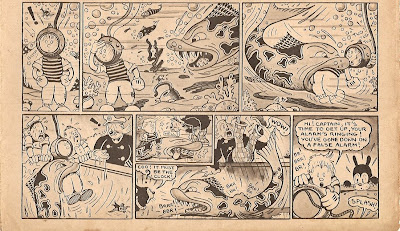