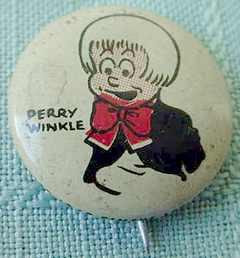 'Winnie Winkle', chronicling the deeds of a young woman who was the sole "breadwinner" in her household, was one of the longest-running American strips. Toonopedia says that it "wasn't the first newspaper strip with a "working girl" theme. [...] But it's the first to attract a lot of attention. [...] Thus, it was Winnie who paved the way for all the strips about working women to come". 'Winnie Winkle the Breadwinner', as it was originally titled, was started in 1920 by Martin Branner for the Chicago Tribune Syndicate. A few years into the strip, Winnie adopted a street kid named Perry, who became the star of the new Sunday page which entailed his mischiefs along with his gang of friends known as "the Rinkeydinks". ' Winnie Winkler' was adapted into cinema in the form of a series of comedy shorts between 1926-28 and two 'Perry Winkle and the Rinkeydinks' big little books were published between 1937-38, but none had their own comics books titles in the pre-war and the wartime era. 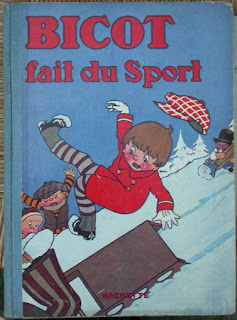 In Europe, the Winnie strip does not appear to have taken hold, but the Perry and the Rinkeydinks comics became quite popular. In France, where Perry was renamed as "Bicot" (and Winnie as "Suzan"), Hachette published 14 comics albums featuring him between 1926-39; after the war, French artists themselves would make even further Bicot comics.
In Turkey, Perry and the Rinkeydinks were renamed as 'Cin ve Arkadaşları [Cin and Friends]' and serialized in the weekly children's magazine Mektepli in 1934. It is Winnie who appears at the end of the second page in the below samples; I wonder if her somewhat odd-looking skirt shows sign of censorship of revealing legs or was it that way in the original version: 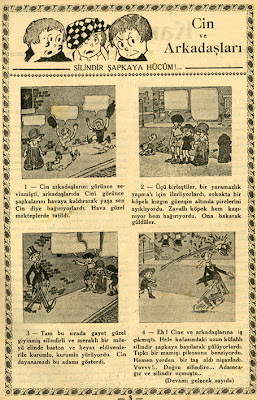 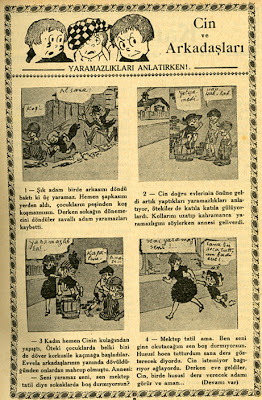 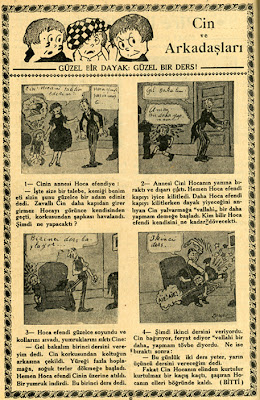 Mektepli, published by A.Sami, had started in 1932 and is known to have lasted until at least 1935, but I have only issues from 1934 in my collection. 'Felix the Cat' also made a very sparodic appearance in the magazine, but he was billled as 'Miki Fare [Mickey Mouse]'!!.. Besides 'Cin ve Arkadaşları', two longer running comics in Mektepli in 1934 were a humourous comics with Laurel & Hardy look-alikes titled as 'Bodurla Gagaburunun Maceraları' and a light adventure comics titled as 'Pire ile Çekirge'; none of whose original sources I could identify: 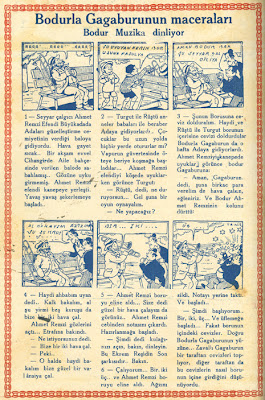 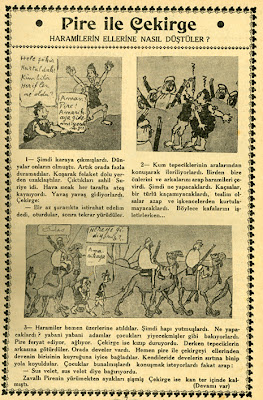 It is worth noting that while running very light comics clearly aimed at a juvenile readership profile, Mektepli frequently published quite disturbing illustrations, referring to (non-comics) text stories published inside, on its covers: 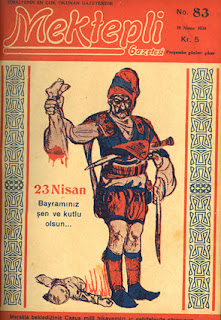 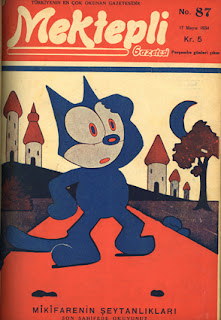 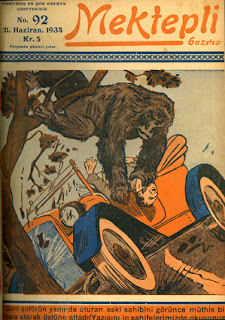 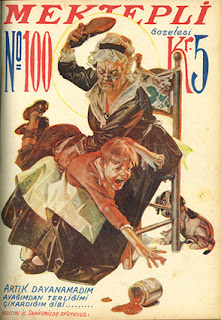 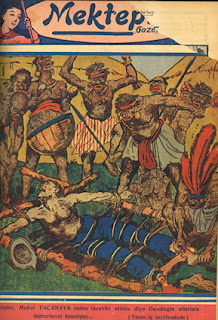 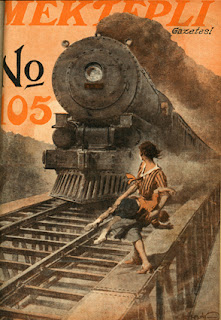 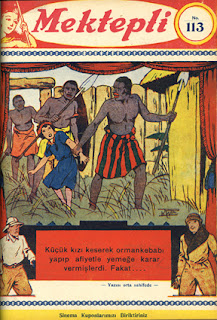 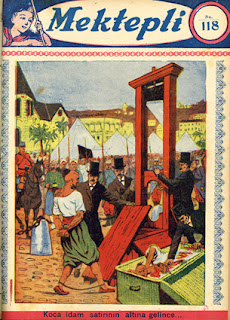 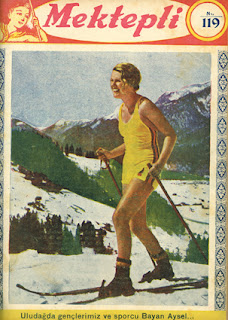 This one http://4.bp.blogspot.com/_saokEWen78c/R3GXXBQAISI/AAAAAAAAAGA/_7VbGIJS2NQ/s1600-h/mektepli_pireile%C3%A7ekirge.jpg is the french classic Zig et Puce by Alain Saint-Ogan.