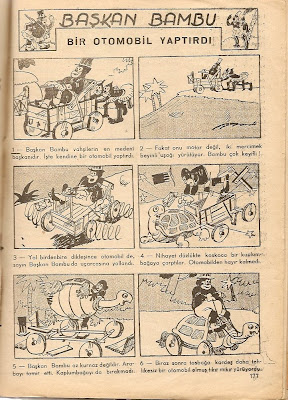 An obscure gag-a-week comics series based on degrading racial stereotyping of African blacks, titled in Turkish as 'Başkan Bambu [President Bamboo]', was ran in some issues of the Turkish weekly children's magazine Yavrutürk in 1938. Above scan is possibly of the first installement of the series (the issue no., as well as the date, are missing from the tattered copy in my collection, but it is probably no. 93). At the beginning of this gag, Bambu is introduced as "the most civilized president of the savages."
The presence of the ruling colonial forces is manifested in the below gag from no. 97: 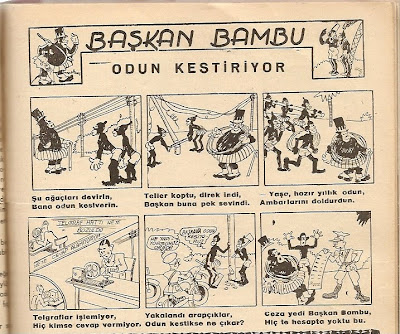 Probably the most degrading portrayal is in the below gag from no. 98: 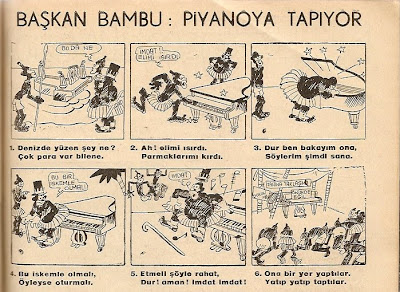 My Yavrutürk collection from 1938 is incomplete, but 'Başkan Bambu' was in most likelyhood published in less than ten issues.
If anyone knows the original source of this comics, please let us know...
Posted by Kaya Özkaracalar at 12:02 AM