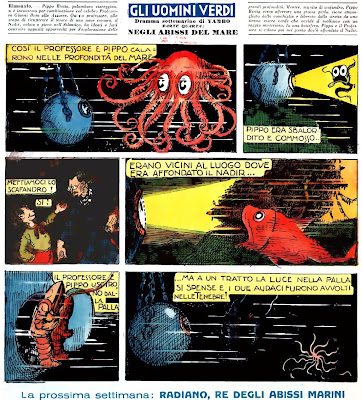 In this post, I present select images (uploaded last month to the outducks archive by user Mankkop) from a great-looking Italian comics set in Atlantis: 'Gli uomini verdi [The Green Men'], which had started to be serialized in the back cover of Topolino no. 139 (dated Aug. 25th, 1935); the above installement is from no. 142 and the two below ones are from no. 146 and no. 148: 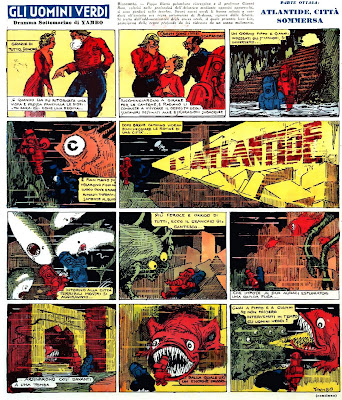 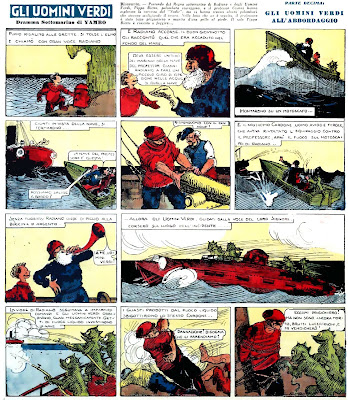 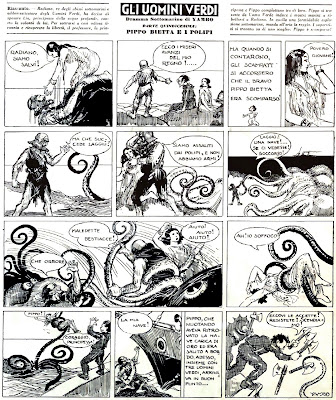 'Gli uomini verdi' was the work of Yambo (Enrico Novelli, 1876-1943). Apart from his comics work, he was also apparently a prolific writer of adventure books. Soon after his retirement, he died of a heart attack during an air raid in the 2d World War.
Posted by Kaya Özkaracalar at 11:50 AM 1 comment: 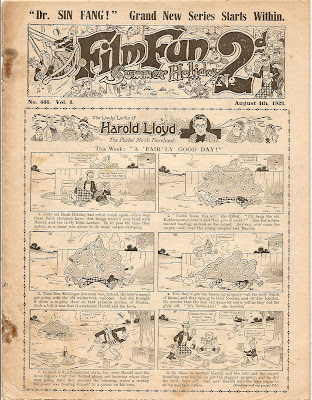 I give a break to my coverage of the pre-history of comics in Turkey to post scans from two pre-war issues of the British film comics magazine Film Fun which I recently acquired. Film Fun was published by Amalgamated Press, pioneer of platinium (pre-golden) age comics boom in Britain, between 1920-1962. The two issues I acquired contain comics featuring comedy film stars of the era, as well as text stories.
No. 446, dated Aug. 4th, 1928 (which became the earliest comic in my collection [costing me 12.5 pounds]) has 10 of its 24 pages (including covers) reserved for comics. A 2-page Harold Lloyd gag comics starts at the front cover [above scan] and ends at the back cover: 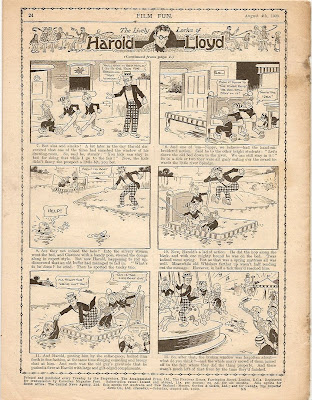 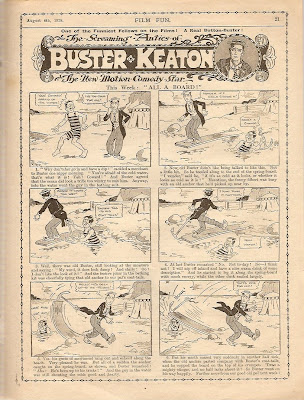 British artists known to be working in Film Fun in its first decade include George Wakefield and Tom Radford. 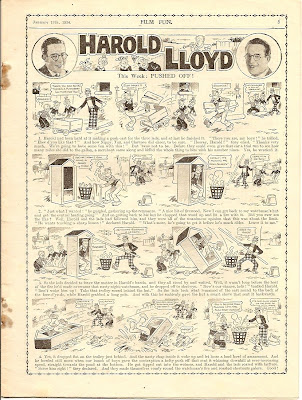 ... while Laurel and Hardy take up the two centre pages: 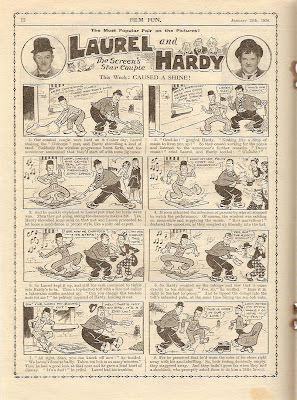 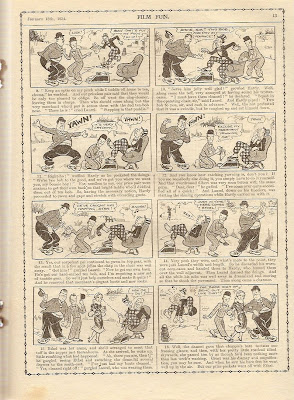 Other comics in this issue are Joe E. Brown (2 pgs: front and back covers), Sydney Howard (1 pg), Tim McCoy (2ps, part of continuity), Wheeler & Woolsey (2 pgs), Lupino Lane (1 pg) and Schnozzle (1 pg).
Some of the comics from Film Fun were reprinted in Turkey in the children's magazine Afacan (1932-34). See my post dated Dec 22nd, 2007 for a coverage of film comics in general, including the Turkish reprints. For a nice round-up of the evolution of Film Fun itself over the decades, see the post dated Jan 14th, 2010 at http://lewstringer.blogspot.com/
Posted by Kaya Özkaracalar at 3:09 PM No comments: